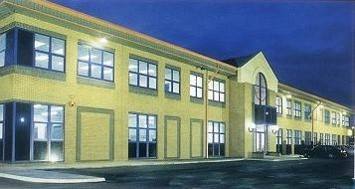 Founded in 1987, Ravenheat is an independent boiler manufacturer with head offices, R&D and training facilities in Leeds. We also have our own manufacturing operations at two sites in Verona, Italy, which gives us full control over the process of designing and producing our products to the highest standards possible. With an annual production capacity of 80,000 units, we are no strangers to manufacturing reliable boilers whilst keeping costs to a minimum. We’re also experts in high efficiency, having developed our first condensing boilers back in 1996 – long before they became compulsory in the UK.

Culminating with Ravenheat OpenTherm boiler package which provides more precise control directly from the room thermostat to the boiler’s software which operates the gas valve and modulating central heating pump. This allows the precise gas input requirement to match the varying demand signal i.e. if the house needs to be one degree warmer the control tells the boiler it can start at lower power. By reducing the flow temperature to a minimum of the heat required, the flow temperature is kept below the dew point (50°C), thus allowing the boiler to operate in condensing mode which is more efficient.

As well as being successful in the UK, we are also seeing an increase in demand for our products right across Europe, as both consumers and installers look for more affordable ways to upgrade to high efficiency.

The Heating & Hot Water Industry Council are the trade association that represents the whole of the domestic heating market in the UK. HHIC is a member organisation committed to effectively driving, supporting and promoting the sustained growth of the UK domestic heating and hot water industry. The HHIC Inform members on relevant policy issues and influence Government and the EU on policies and legislation.

Ravenheat have been a member of the HHIC since it formed in 2007.

The only Parliamentary Group to focus on all areas of the energy industry, PGES is primarily a forum for high-level discussion of key energy issues facing the country and the world. We hold monthly speaker meetings in Westminster, featuring a range of political speakers, industry leaders and experts from business and academia.

The group was founded in 1980 and Ravenheat have been a member since 1982.

Gas Safe Register replaced CORGI as the gas registration body in 2009, they are the official list of gas engineers who are registered to work safely and legally on boilers, cookers, fires and all other gas appliances. The main focus of the Register is on improving and maintaining gas safety to the highest standards.

Ravenheat have been a member of the Gas Safe Register since its formation in 2009.

Energy Saving Trust is an independent, not-for-profit organisation funded by the government and the private sector. It is a social enterprise, and also has a charitable foundation. The EST has regional offices in England, and country offices in Wales, Northern Ireland, and Scotland. It maintains a comprehensive website, and a network of numerous local advice centres.

It was founded in the United Kingdom as a government-sponsored initiative in 1992, following the global Earth Summit. Ravenheat have been a member since 1995.

The IDHEE is an independent non-profit making professional body serving the Domestic Heating Engineer for more than 50 years. Founded in 1964, the Institute aims to promote energy efficient domestic central heating components and the installation of safe and efficient systems.

Ravenheat have been a member since 1991.

The purpose of WRAS is to contribute to the protection of public health by preventing contamination of public water supplies and encouraging the efficient use of water by promoting and facilitating compliance with the Water Supply (Water Fittings) Regulations and Byelaws in Scotland.

Ravenheat have been a member of WRAS since 1999.

This site uses cookies: Find out more. Ok, thank you
Go to Top